Tales of the Dawn Company

Geography and Peoples of Ardros 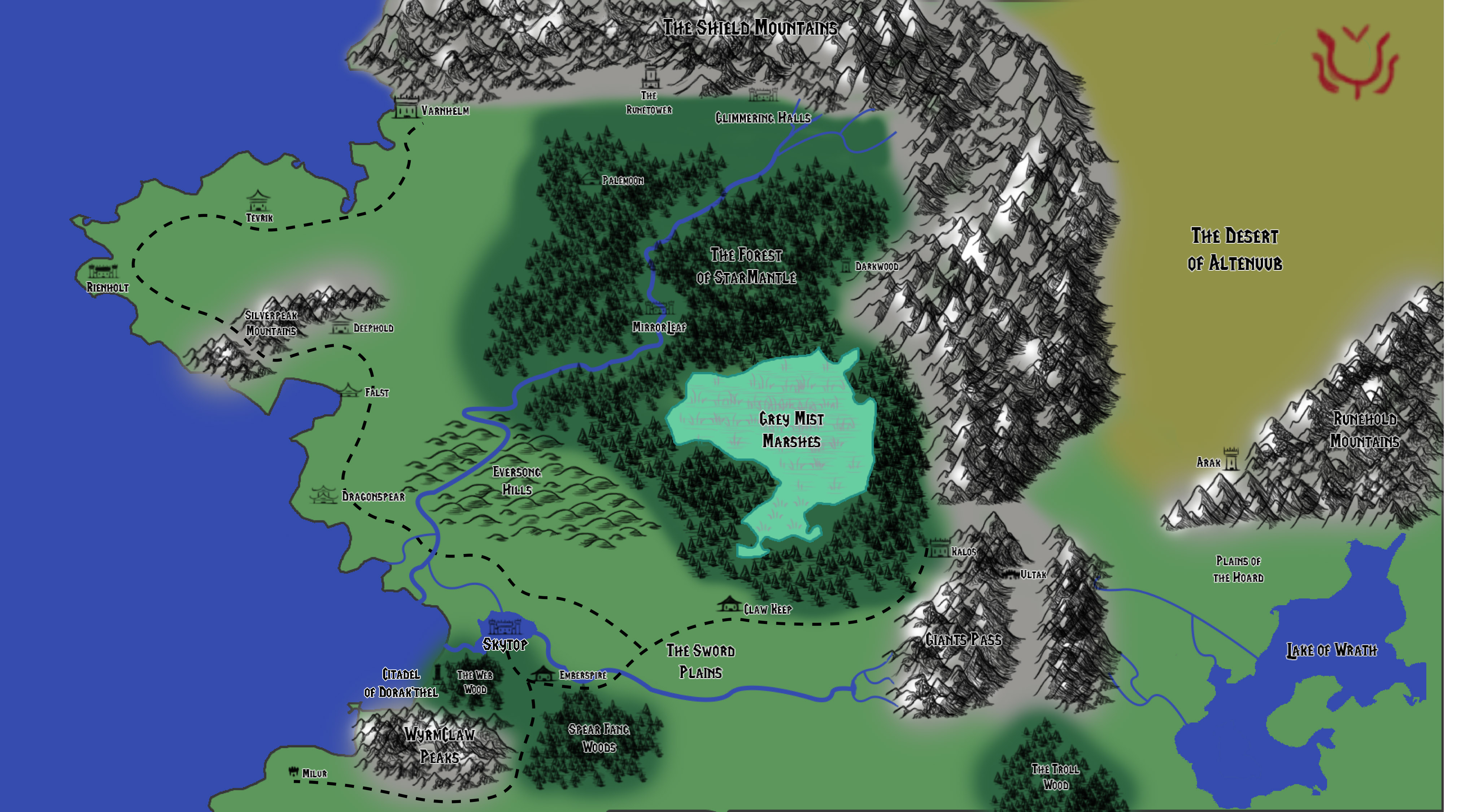 Ardros is the Eastern most continent of Ardain. While other continents do exist it could take over a month by airship to reach the nearest one across the Great Sea of the Wake.  The continent of Ardros contains many kingdoms, cities, and other locations, but the main focus for now is The Kingdom of Elorin.

The Gods of Ardros and Their History

Long ago before the world broke the land know as Ardain existed. Hundreds of millions called it their home with many kingdoms and cities dotting across a single landmass that could take a year for a man to cross by foot. It was not by any means a peaceful land, but none the less there was some semblance of unity amongst those lived there. Then they came…

No one is quite sure where they came from and in this day and age no one quite remembers their name in all the books they are simply referred to as “The Old Gods”. It is said they came from another plane that is far beyond the understanding of mortals, but the fact remains they came and they brought darkness and madness with them like a plague. The war was so swift it didn't even have a name and soon all bent their needs before them and Ardain was plunged into over two thousand years of Darkness under their rule. But the Old ones soon found that they has made a grave error.

Before their coming magic as we know it did not exist within the world and thus there was no one that could even hope to stand against their power. With the gate to their plane still standing open it warped the reality of Ardain allowing what was once impossible to now in fact be so. This force is only known today as “The Weave”. Slowly but surely the Weave’s presence made its way into the bloodlines of the people of Ardain and the first Mages came into existence.

At first the Old ones found this to be an exciting development. New soldiers for their endless wars against other planes of existence and a more efficient way of keeping Ardain’s people under their control. Soon however, people began to fight back. It started small as a few small skirmishes that were quickly put down, but as people began to grasp a great understanding of the Weave powerful mages and warriors alike began to emerge that couldn't simply be ignored.

Then came “The Twelve” said to be the most powerful beings ever to be born in Ardain. Though not all were considered to be heroes they all were respected for their strength and all were bonded by their hatred of the Old Ones. Soon they rose up as one in an attempt to take back what was rightfully the people’s. This began what is known today as the Great war of the Gods. It is a story of many battles, of heroes and their heroic deeds, but it is also one of betrayal, of death, and scars that still exists in this world today unable to be healed. Today however I will only tell you of it’s end

The final battle against the Old Gods was said to be the most terrible of the war only known “The Battle of Dawn's Light. The Twelve fought in one last attempt to end the darkness of the Old Ones once and for all. The battle itself ended with the death of one of the Old Gods and it is said that it was his death that shattered the world into the many continents it has now and it took all the power the Twelve had to prevent the world itself from being destroyed. With one last effort they sealed the remaining Old Ones back onto their plane of existence and banished all who followed them to live for eternity within the Plane of the Void.

Much is lost from history after that point as the world set about rebuilding and reshaping itself. What is known is that after the battle the Twelve realizing that they could not continue to living among mortals lest they become what they fought against, ascended from their mortal forms into the gods we know and worship today and that they now watch the world from a distance protecting it how they can through their own champions and other efforts.

The Plane of the Void and The Remnants

Minor Gods and Other Beings

Ascendant campaigns can view previous versions of their pages, see what has changed (and who did it), and even restore old versions. It's like having a rewind button for your campaign.

We've already been saving your edits, so if you upgrade now you will have instant access to your previous versions. Plus, you get a 15-day free trial, so there's nothing to lose.

I'm sorry, but we no longer support this web browser. Please upgrade your browser or install Chrome or Firefox to enjoy the full functionality of this site.